Rivers Hedrick was just five-years-old when she learned to wakeboard. At 15, the Marietta resident is making a name for herself competing on the pro level in the United States and Europe.

Hedrick’s grandparents owned a lake house where all the grandchildren learned to wakeboard.

“They threw me on a wakeboard when I was 5 or six. I eventually got up. Each time we would go back to the lake I would wakeboard,” said Hedrick, the daughter of Susan and Cy Hedrick.

In 2014, Hedrick’s father took her to Terminus Wake Park in Emerson, GA which offers a cable water sports experience. “(Cable) is different from a boat. It just kind of went from there,” Hedrick said.

“The cable is the system that pulls you around. There are features similar to snow boarding like rails and jumps. You go around in a circle and there are all these different features like rails, pipes, kickers, ramps. You basically do gymnastics or tricks on the features,” she said.

Hedrick’s first contests on the professional level were in 2016, at the age of 9, in Nashville, TN and Orlando, FL where she made it to the semi-finals.

“Girls are not as big into wakeboarding as guys. I am way younger than all the other girls I compete against. In the pro women’s division, the average age is in the twenties. The oldest is 29, 30. The closest age to me is 18,” Hedrick said.

Age is not an impediment for this standout. Hedrick said one of her career highlights was competing at the 2021 Moxie Pro at Terminus Wake Park where she placed second, beating the 11-time world champion from Germany,  Julia Rick.

Hedrick competes regularly and recently returned home from Europe where she participated in 2022 Munich Mash and London World.

“Being able to travel the world and do what I do, I am super grateful for that,” Hedrick said.

Success does not come without challenge. “It’s hard figure out school and time management and live my life as a 15-year-old. Finding a balance between my personal life and being successful at wakeboarding,” said Hedrick who is a junior in high school.

Hedrick said that the sport has taught her traits like commitment, discipline, and responsibility. She gives her parents credit for their contribution to her accomplishments. 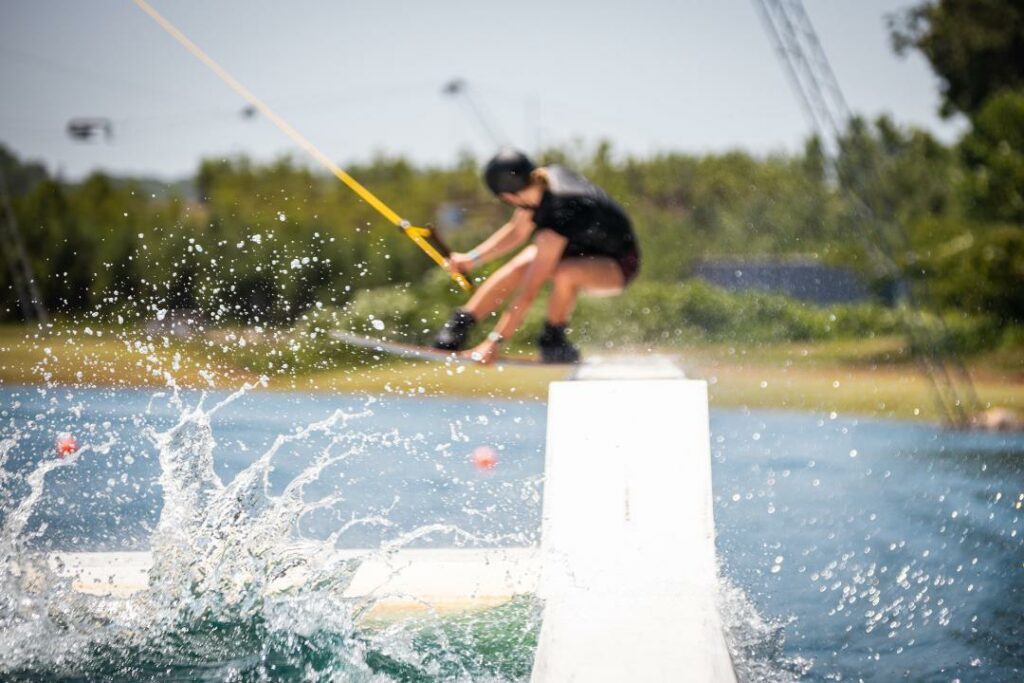 Hedrick enjoys the sport but, also, the community.

“(Wakeboarding) is such a small sport right now that everyone knows everyone at the contests. Everyone supports each other. It’s still a contest but everyone is having fun. The level of riding has gotten so much better than it was. It’s cool to see the progress of the sport. It keeps getting better and better and better,“ Hedrick said.

Freedom Church: Blessing Others Through Act of Kindness

Can you imagine being told your medical debt was paid off? Freedom Church blessed the lives of families ...
Read More →